Do not doubt it: our mobility becomes electric. In addition to passenger cars, vans and utility vehicles are also highly electrified. Extremely handy in cities and municipalities, but also on extensive business or recreational areas. Noiseless, energy-friendly and compact. The trumps with which Addax rolls over the track speak for themselves. Combine this with a high degree of finish and choice of materials and you know what the utility fleet of the future will look like. The quality of the finish, the ease of use and comfort make Addax an indispensable tool.

“Electric vans with the following target groups: cities and municipalities, amusement parks, large industrial sites and last-mile delivery. Central to this is the customization to the needs of the customer in terms of structure and other options that are sometimes very customer-specific.”

And above all: the development, production and assembly are 100% Belgian, 100% ecological. “That is why we have invested in” the automated factory floor “and plan to continue to do so in the future,” said Brecht Landrieux, Assembly Manager at Addax Motors.

In 2011, Westlease began leasing electric vans, where demand was greater than initially thought. Buddee was founded for this purpose, a specific branch of Westlease for this type of rental. Buddee used vans that were freely available on the market, but ran into some issues: weak autonomy, insufficient quality, no reliable after-sales, too little payload.

A small Buddee service team has been expanded to serve the fleet of 120 vans in the Benelux and Germany. In 2014, the decision was made to develop an eLUV (Electric Light Urban Vehicle) and in 2015 Addax was established to achieve this. The vans were initially manufactured in Genk, but the production line in Deerlijk was started up at the end of 2018.

"In the past, records of torque values, workers who worked on the car and recorded time records were kept daily in Excel. This can now be done automatically thanks to Azumuta."
Brecht Landrieux
Assembly Manager

Before Azumuta, Addax started working on a folder with paper work instructions, which were similar in structure to how it is presented to the user on the screen in Azumuta’s software. “There was a need for a transparent and unambiguous method of assembling the vehicles, which could be easily updated,” says Brecht. “In addition, there was also a need to simplify the registration of certain things. With the move of the production line from Genk to Deerlijk, they saw the opportunity to start with a good basis for the future and the switch was made from paper work instructions to digital work instructions,” he continues.

“When we were not yet working with Azumuta, many things were kept on a daily basis in Excel. Registration of torque values, workers who worked on the car, recorded time records. This was extremely labor and time intensive! Thanks to the platform, everything now happens automatically in the background, through Azumuta.”

“What is handy are the two user sides of Azumuta. On one hand, the part of the manager, on the other hand, that of the operator. They are both simple, self-explanatory and both have been well received by all employees, including those without any computer experience.” 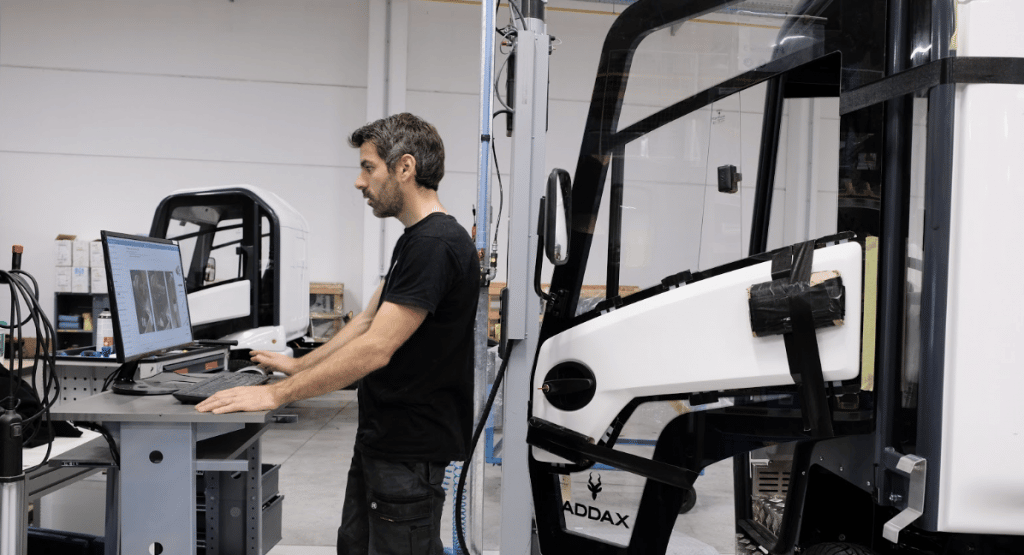 “People always come first for me: it is they who create the cars from the beginning. It is crucial that they can do this in safe conditions and with correct tools. In the first place, I think it is important to implement the principles of lean manufacturing for process design. Digitization and automation can offer enormous added value here.”

Since working with Azumuta, Addax can once again focus 100% on customers’ orders. But what has changed then? “We had some turnover around the summer period and Azumuta has greatly simplified the learning process for the new people. The instructions are kept and refined by us all year round. When there are ambiguities, they are systematically clarified.

This makes the instructions a living document with the latest state of affairs. It is ideal to be able to offer this base to both new people and those who have been working there for some time and need to be made aware of novelties or minor adjustments, ”explains Brecht. Now our flow is much simpler, even people who do not know the Dutch language can see the work instructions in their native language. We are gratefully using this feature.”

“What I like most about Azumuta is their personal and fast follow-up. Everything is discussed, the implementation of new features, discussing how best to handle things, the initial import of the existing PowerPoint work instructions, etc.”

Azumuta is a good tool to centralize all our orders in one place and push them to our workers in real time. We can easily follow up and make adjustments to work instructions, simply onboard new employees, quickly update existing instructions, and simply monitor inefficiencies in the production process, which was much more complex in the past.

“It is not easy as a production company to choose the right software. Multiple packages have been compared, but the flexibility and proximity of Azumuta have been decisive in working with them. I would definitely recommend Azumuta, because of the ease of use and the many possibilities. It is very easy to prepare and maintain the work instructions by several people. Furthermore, it can be used as a complete basis for a production environment because of the extensive possibilities and various connections that can be made with other systems.” 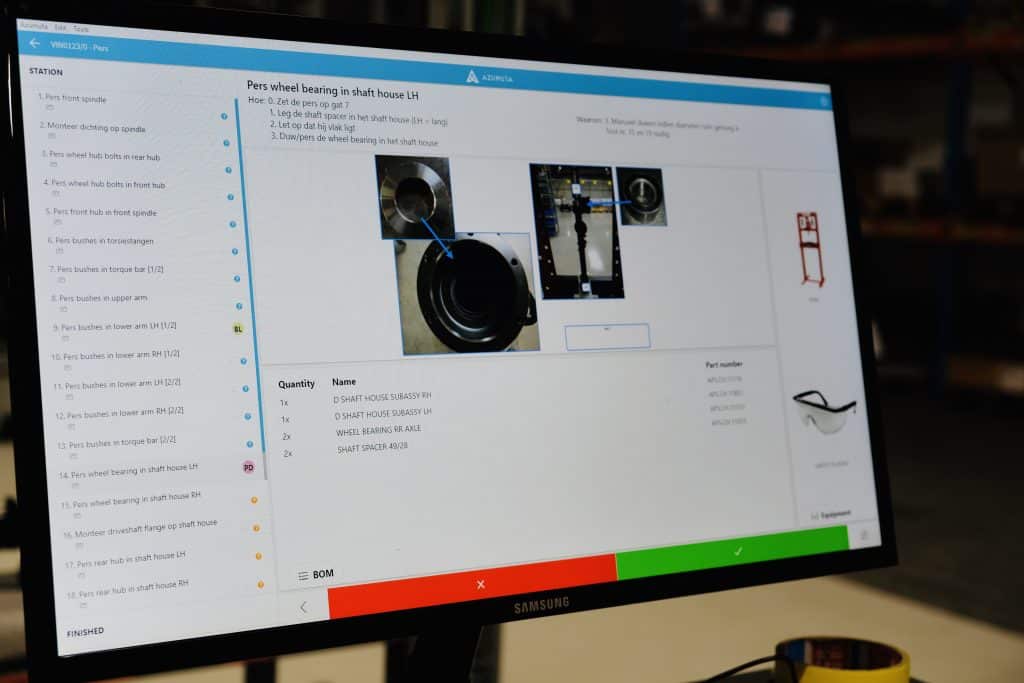 The founders of Addax Motors like to think ahead and Addax Motors will launch its new homologated electric car N1 in 2020. “In this new version, more attention has been paid to safety, quality and, above all, comfort,” says Brecht Landrieux. “The new Addax MTN has recently passed a crash test required for N1 homologation.”

This is how Azumuta helps Addax Motors on the factory floor